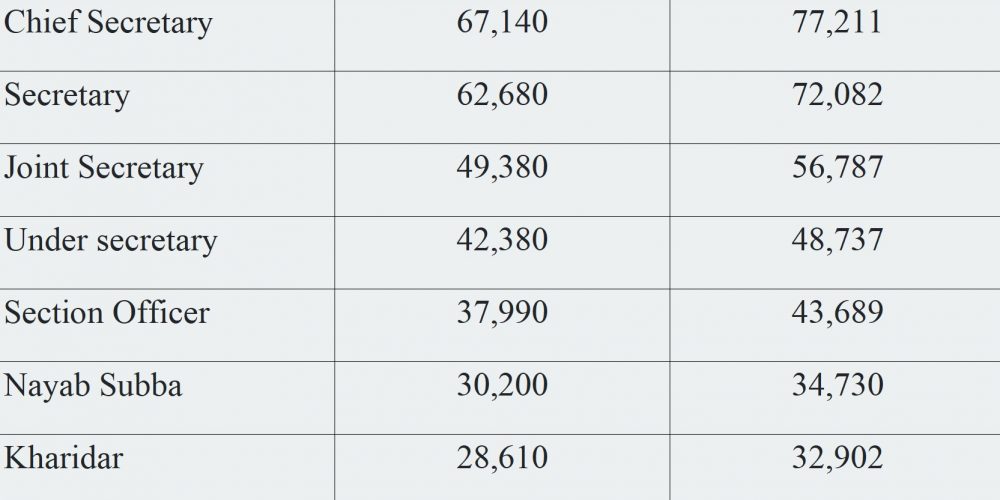 Nepal government’s new salary scale has been addressed in the budget of fiscal Year 2079/80. Government has decided to increase the salary by 15 percent from Srawan 2079.

According to the announced budget on 15th of Jestha, 2079, the monthly income of officers, including the chief secretary’s scale has been released. According to Finance Minister of Nepal Janardan Sharma ‘Pravakar’ ‘the government has increased salary by 15 percent.

View all posts by Team nepalgov.com →

This site uses Akismet to reduce spam. Learn how your comment data is processed.