Toggle Search
Share this page
Bagmati Province is one of the seven provinces of Nepal established by the country's new constitution of 20 September 2015. Home to the country's capital Kathmandu, it is mostly hilly and mountainous, home to peaks including Gaurishankar, Langtang, Jugal, and Ganesh. The province covers an area of 20,300 km2, about 14% of the country's total area, and has an altitude low enough to support deciduous, coniferous, and alpine forest and woodland. Temperature varies with altitude. Rainfall takes place mainly during the summer. 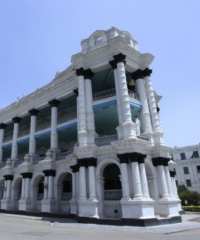 Bir Hospital is the oldest hospital of Nepal. This hospital was established in 1947 BS, under the name of contemporary Prime Minister Bir Shamsher Jung Bahadur Rana. Initially it was a seven bed hospital with 5 staffs. Today it has a proud history…

Office of the Prime Minister and Council of Ministers (OPMCM)

In 1963, Government of Nepal established the Ministry of Economic and Planning(MEP). In addition to formulation of periodic plans, the MEP was given the responsibility of handling economic affairs of the country. The MEP was also charged with the… 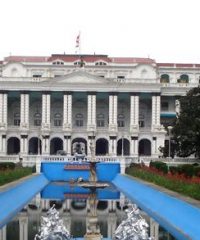 Tourism reaches into the varied aspects of Nepalese life and its benefits are encompassed by diverse sectors directly and indirectly. It generates employment opportunities and helps in the promotion and conservation of the art and culture.

Government of Nepal is responsible for ensuring the defence of the country and every part thereof. The Ministry of Defence (MOD) undertakes this responsibility by formulating defence policies and coordinating the Nepalese defence affairs with other…

Ministry of Forests and Environment

Ministry of Health and Population (MoHP)

The Ministry of Health plays a leading role in improving the health of the people including mental, physical and social well being, for overall national development with the increased participation of the private sector and non-government…